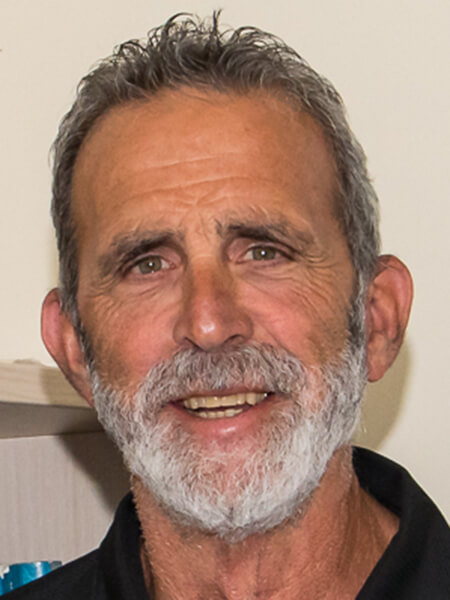 A self-employed carpenter doing rough framing and trim work for 25 years, David Herriman understands the challenges faced by builders and remodelers. As the building official for Lyon Township, the 32.5 miles surrounding South Lyon, David is focused on customer service. “I was on the receiving end of the inspection process for years,” said David. “We seek to find the middle ground, focusing on being part of the solution, not part of the problem. Our inspectors are highly experienced and are good guys to work with out in the field. This award means that we’re doing things right.”

In the 1990s David helped build custom homes, including luxury homes. Having been a carpenter for over two decades, David was hired as a building inspector for Salem Township in 1996. “I was doing about 10-12 inspections per week, so I was also able to substitute in Lyon Township,” said David. “That led to my being hired as the building official for Lyon Township 10 years ago.” Since David took the helm of the Building Department, they have moved from a paper-driven system to computers with software designed to run Building Departments efficiently. The Township has also grown. “We doubled the size of our population in the last 10 years and permits for new home construction have averaged about 200 annually for the last 8-9 years,” said David. “I’ve got a very good team. Without them, I could not be doing my job as well. A lot of the credit for how well we function goes to my team.”

In 2006, David joined with others to build an addition for a disabled woman. “Everyone stepped up, donating time, materials or money,” said David. For that work, his Building Department received the Organization of the Year Award from the local Chamber of Commerce. “The money you earn goes fast, but the feeling you get from helping others lasts forever,” said David. David serves on the Board of Directors for Operation Injured Soldier and is the Fishing Coordinator. “We’ve sent over 300 injured veterans on fishing trips each year for the past 15 years,” said David. “Fortunately, while we have lost a lot of fundraising opportunities because of the pandemic, we have still been able to send veterans on fishing trips this year.”

David has been married to Chris for the past 41 years and the couple enjoys spending time at their vacation home in Florida, where David can usually be found with bait in hand at the nearest pier.