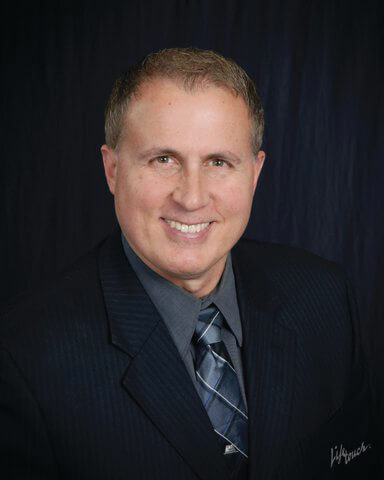 The Compo family is well known not only for the outstanding craftsmanship of the homes they have built and remodeled but also for their leadership in the building industry. Both of David’s parents, James and Janet Compo, individually received the HBA’s highest honors, induction into the Hall of Fame. No one could have imagined what David would face during his tenure as president of the HBA in 2020. But, the leadership and management skills that are so much a part of the Compo heritage served David well as he worked diligently to lead the HBA, and Compo Builders, Inc., through every challenge that arose from the global pandemic.

David Compo’s roots go deep in the building industry. His grandfather, John, was a builder. David’s father followed the family tradition by forming his own building company, James D. Compo, Inc., with his wife, Janet, in 1961. David was drawing working architectural plans for his parents’ company at the age of 15. For 33 years, David worked alongside his father and mother, building the Compo reputation for quality construction. In 2012, David and his brother, Christopher, founded Compo Builders, Inc., achieving HBA accolades for their own work, including David’s awards for Builder of the Year (2013) and Developer of the Year (2015) and Christopher’s honor as Remodeler of the Year (2016). Most recently the company’s Lisa Ranch in Dunhill Park of Novi was awarded a 2019 Parade of Homes Blue Ribbon and a 2020 HBA Sales & Design Competition Silver Award for New Home Interior Design Project of the Year. In the competition, the company also received a Gold Award for Whole House Remodel over 2000 square feet.

Compo Builders sold out their Hidden Lake, Woodland Ridge, and Casa Loma developments. The company is currently building Montebello Estates, 32 luxury wooded homes in Novi; Dunhill Park, 30 premium home sites in Novi; as well as other homes from Howell to Birmingham and Ann Arbor to Highland. The company also provides residential home renovation and inspection services. David has been a Real Estate Broker for 20+ years with his company Compo REI Brokerage, LLC.

As president of HBA in 2020, David spent a lot of his time on Zoom conference calls, working with the HBA staff, the HBAM staff and Michigan legislators to get the residential building industry safely back to work after the Stay Home, Stay Safe Executive Orders. “We were ahead of the curve in coming up with COVID-19 safety protocols that were workable and we pushed hard for getting the industry reopened,” said David. “We’ve also been in talks with the state to increase the size of the code review board from its current two-person panel, with the hopes of getting additional knowledgeable industry professionals on the panel.”

Promoting the Association and the industry was also a focus of David’s presidency. He wrote a monthly feature in the HBA magazine entitled, The Compo Corner, educating members on topics from Workforce Development to NAHB 20 Clubs, to Energy Efficiency and New Building Technology. A strong advocate of Workforce Development, David created a PowerPoint presentation, now available to any member or association statewide, which can be used during presentations aimed at getting youth interested in the building industry. Prior to the pandemic he also visited 10 elementary schools, reading to the students from the NAHB and HBAM sponsored book, Billy the Builder Bear Builds a House. “Labor is a huge challenge for the industry,” said David. “I plan to continue my work in this area even after my presidency ends.” Compo Builders has also sponsored high school interns over the years in an effort to expose more young people to the industry.

David has been married for 21 years to Michele, the secretary/treasurer and accountant for Compo Builders. The couple has a son, Dawson, who is a freshman at Michigan State University. David serves as Deputy Grand Knight of the Knights of Columbus, is active in his church and serves on the Executive Board of the CDS Foundation. He is also on the Board of Directors for the state and national HBA’s as well as the HBA of Southeastern Michigan. A private pilot, David has flown yearly trips for Operation Good Cheer, which provides Christmas gifts for foster children in Michigan.