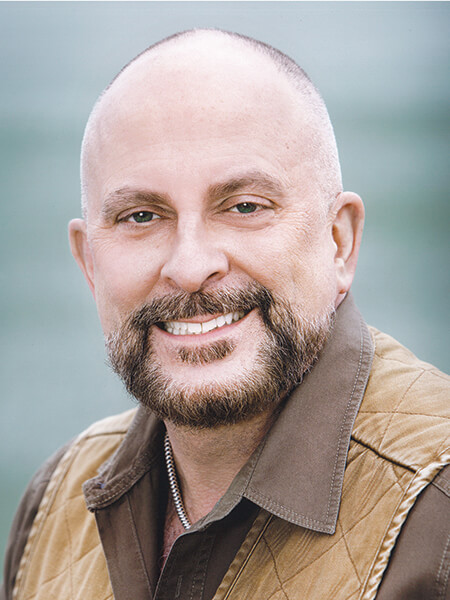 Michael Gordon has been known for donning a Scottish kilt to attend the annual HBA holiday party. His Scottish heritage also shines through in his refreshing sense of humor, keen mind, creative talents and solid work ethic. Since 1992, Michael and business partner, Andrew Moiseev, have led the team at Moiseev/Gordon Associates. Today the firm’s work is equally split between residential and commercial architectural projects. They have developed a reputation for both residential home master planning and design, and commercial design and development, including design of several hundred dental centers mostly throughout Michigan.

Michael has been active in the HBA at the state and local levels for a number of years, having served as the Secretary and Treasurer on the HBA’s Remodeler’s Council, as a judge for the Parade of Homes and having advised the HBAM on state code issues from an architect’s perspective. He was honored with the HBA Distinguished Service in Architecture award in 2005 and with Distinguished Service to the Remodeling Industry awards in 2005 and 2009.

A University of Michigan graduate with bachelor and master’s degrees in Architecture, and a registered architect since 1988, Michael has periodically returned to his alma mater to lecture on the importance of architects in the housing industry. He has also served as a guest speaker for architecture students at Lawrence Institute of Technology and the University of Detroit, with the goal of encouraging students to view residential architecture as a viable and exciting career option.

He served on the Board of the Royal Oak Chamber of Commerce for nine years and as president of the board in 2018. Michael is also a member of the Ferndale Chamber of Commerce and served on the city’s Downtown Development Authority Design Review Board. A long-time member of the St. Andrew’s Society of Detroit, Michael served as president from 2012 through 2017. A member bequeathed the organization with money to buy a new building to replace the famous St. Andrew’s Hall in Detroit, which the society had sold decades before. Ironically, the property search committee chose the former Mountain Jack’s restaurant location in Troy. Michael was the architect of the building after it was destroyed by fire and served again as the architect for the redesign of the Society’s new home. He is proud of his role in furthering the charitable work of the Society, which is the oldest benevolent society in Michigan. “The best part of the presidency was standing with a big check to give to Children’s Hospital, a veteran in need, or another worthy cause,” said Michael.