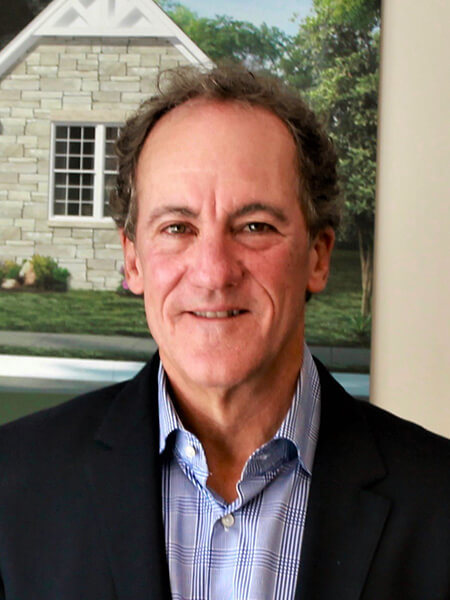 The Principals of AP Builders, Steven S. Perlman and Pete Alshab, have been in the home building industry for over 50 combined years. Steven was a founding principal of Ivanhoe-Huntley Homes, a land development and Top 5 Michigan home builder that constructed thousands of homes in the metro Detroit area for decades. Pete held the position of Director of New Home Construction and Development where he oversaw the construction of dozens of new home communities throughout the area. Together, they merged their talents and established AP Builders in 2014.

In just short six years, AP Builders has garnered a reputation for modern home design, exceptional construction quality and for exceeding customers’ expectations. Their first joint venture was Golf Ridge of Commerce, a community with 13 estate-sized wooded home sites in Commerce Township. Having gone from building 300-400 homes per year while with Ivanhoe-Huntley Homes, the team at AP Builders was able to focus their energy and creativity on providing new home buyers with personalized attention throughout the entire home building process that savvy buyers want. Upon completion of Golf Ridge and speaking with their recent home buyers, Steve said, “We have a great team synergy … Buyers can see our quality. We don’t take any shortcuts.”

The company went on to quickly sell-out the Reserve of Beverly Crest, an 11 single-family home development on the land where the Orchard Valley Swim Club had once been in West Bloomfield. The beautifully constructed and designed homes coupled with the central location in the heart of the shopping and business district off Orchard Lake Road made it highly desirable. Currently, they are building Brookfield Village, a 24-home site luxury ranch development in West Bloomfield; Forest Edge Reserve, with 15 luxury home sites in Northville; and Forest Edge North, a 7 colonial and ranch home site development, also in Northville.

Steve sees a positive during this recent pandemic which reveals much about where his priorities lie. “I would never have expected that I would again get to hang out for an entire summer with my 20-something-year-old boys,” said Steve who has three sons, Blake, Chase, and Reed. “They came in from Florida, New York and Indiana. The time I got to spend with my grown up boys was priceless!”